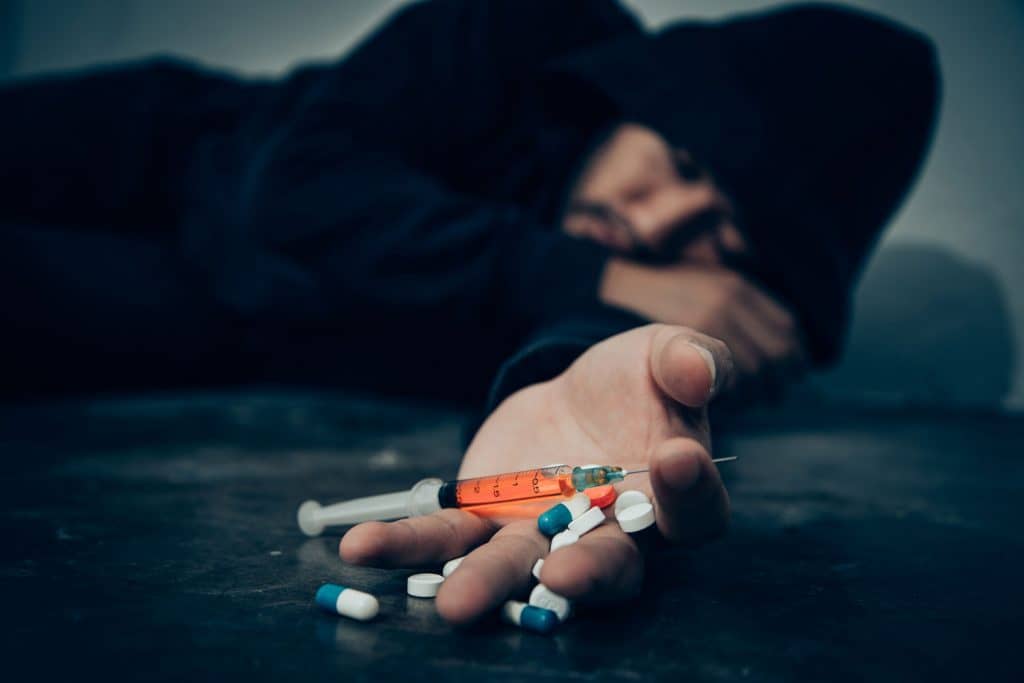 Drug addiction in Bangladesh and its side effects-2021

Drug addiction in Bangladesh and its side effects

Drug addiction in Bangladesh is alarmingly rising among young people. It is now a fatal curse for the youth as well as the children in our country. Recently, Drug addiction and substance abuse are significantly increased in south Asian countries as well as Bangladesh. Many organizations, such as the United Nations, World Health Organization, etc., fear about the proportion of addicted people. According to a source, near 10 percent of people visit healthcare facilities with addiction-related diseases. However, the side effect of drug addiction cannot be described in a word.

Drug addiction is now a serious problem in Bangladesh. The main causes of this issues are mainly social and financial. People with these problems become alienated from society and also from family. From a study, we learn that 73% of people of drug addicts were the people who were neglected by the members of the family, relatives, and society. This ignorance plays a vital role & isolated them from society and continue the drug intake.

A lot of young people have been unemployed in our country. For this reason, they become frustrated and feel attracted to drugs. Besides, a person who comes from a low-income family and still unemployed is neglected by his family. Besides, the economic condition of our country is not stable. Many people become jobless every day. Financial problem is considered as a significant problem in the case of drug addiction in Bangladesh.

As a developing country, the people of Bangladesh face a lack of fundamental rights. Shelter, food, education, the treatment affects people’s psychology and makes them frustrated. Besides, the political condition of this country is also not stable. It is another reason for increasing the drug affected number.

@)Effect of drug addiction on society and family

Drug addiction affects many families, friends, relatives, and society. Besides, the drug affects much of the mental and physical parts of the people. It includes withdrawal, sickness, asthma, etc. The addicted feel angry, frustrated, depressed, and react badly to the family members. They can also easily do the crime. Drug addiction increases the crime rate, child abuse, child neglect, etc. Youth are the main victims of the drug. The main risk causes of drug abuse are parental neglect, isolation, lack of support, failing of love, etc.

The condition of Drug addiction in Bangladesh

Now drug addiction is a central problem of Bangladesh. It is not a new thing but recently spreading widely more than ever. For this reason, the Government of Bangladesh has to take hardline steps to solve this problem. Now drug addiction and abuse is a global matter. According to UNODC, 5%of global people are taking the drug. Among them, 0.6% are drug abusers. But in Bangladesh, this situation is the worst. Here 10% of people are taking dangerous drugs like Yaba, Weed, Heroin, Synthetic drugs, etc. Every type of people involved in drugs. A study shows that 25 lakh people in Bangladesh are drug-addicted. Moreover, most of them are young, and both men and women are addicted.

Drug addiction has some symptoms. The addicted people have intense urges for this awful thing; drugs, and it blocks out the other thought of them. If you are taking drugs for a long time, you will spend money though you cannot afford it. Drugs make people isolated from social and family activities. It also causes psychological harm as well as physical harm.

Feeling restless is another symptom of drug addiction.As drug addiction in Bangladesh is now a great problem, serious steps against it should be taken. Besides, social awareness is necessary. Drug addicted people also need medical treatment. We need a campaign against this disaster to make people aware of the profound harmful effect of the drug.